Why I Decided to Go on Exchange to Strasbourg 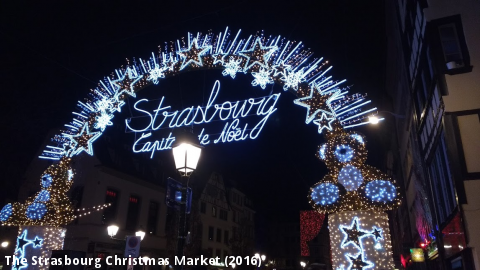 There are many factors that may influence where a person wants to do their exchange, such as the physical location, travel opportunities, courses offered at a specific school, language learning, etc. As a student in the French Cohort Program, it was obligatory for me to spend at least a semester in a francophone school, either in Quebec or Europe. Before I started the program, I had always wanted to travel to Europe. I also wanted to attend one of the Sciences Pos in France because of their good reputations. I had the choice of going to Sciences Po Reims, Aix-en-Provence, Bordeaux and Strasbourg.

After much thought, I chose to go to Strasbourg, the largest city in the Alsace region, for two semesters. Strasbourg is a beautiful city with fairy-tale Germanic architecture right next to the German border. In fact, you can take a tram across the Rhine to the town of Kehl and do your grocery shopping there (prices are cheaper in Germany). This proximity to Germany has lent the city and the rest of Alsace a fascinating history and character. In the past, Alsatians spoke the Alsatian dialect, which is related to German, and Alsace has been part of both France and Germany.

In general, Strasbourg is a great city to do an exchange because it was small enough to be manageable, but at the same time large enough to offer a good student life and diverse cultural activities. Due to its central location between France and Germany, it was also a great city to travel from, and I often went to Germany by bus to see relatives. Strasbourg is also connected to Paris by a two-hour bullet train, making the capital accessible to visit. Overall, Strasbourg is an enticing mix of both a cosmopolitan and provincial town, offering something to everybody.