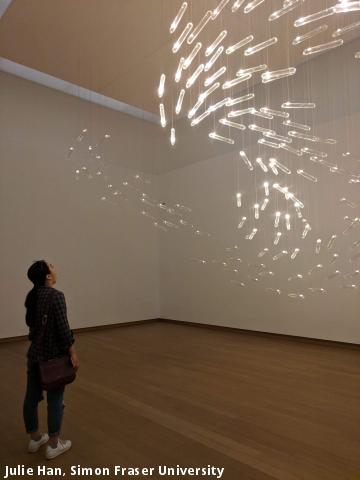 By Julie Han, Simon Fraser University, winner of the 2018 (Spring) Stories from Abroad Scholarship, member of the BC Study Abroad Writer in Residence Team

Growing up in Canada, excellence has always been defined by an exhausting list of accomplishments: straight As, piano recitals, swim team, chess club, debate society, leadership camps, voluntourism in Rwanda, a nuclear family, regular Instagram posts, best friends, an enviable promposal, trendy clothes, clear skin, and anything else you could imagine. Although my life has never lived up to that still incomplete portrait of excellence, ever since high school it seemed as though that portrait was the only option. So, in trying to match this image as closely as possible, my life became less of a life and more like a checklist.

I know this anxiety actually articulated sounds like melodrama. Even worse, it sounds like complaining. But for a while, this anxiety incapacitated me, ballooning into an obsession with this impossible and meaningless image. I doubted every choice I made, afraid it wasn’t the right choice. Making no choice was better than making the wrong choice. So, studying abroad became an active choice to nurse myself from this anxiety. It turns out Amsterdam was the perfect destination for my mental health vacation.

While the Dutch stereotype is cold, rude, and hyper-rational -- which the Dutch proudly embrace -- they are also viciously happy. Nothing will get in the way of a good time. There’s always another drink and dance before the night is over. From kindergarten to university, Dutch students are not only encouraged, but expected to live full, meaningful lives oriented around a strong sense of self, not school. At first, this approach to life, as an honest pursuit of happiness, deeply offended me. Seriously, I thought to myself, “Who do you all think you are?”

But this way of being offended me so, because I had such a faltering sense of self. For the first time, I began reorienting my priorities from external evaluations of my choices to my lived experiences, and immediately I began to notice a radical difference. Readings could wait a day for an impromptu trip to the Dutch coast or a to the Stedelijk Museum. It didn’t matter whether it was the right choice, but it was my choice, and I made it work.