Being in Asia During the Start of COVID-19 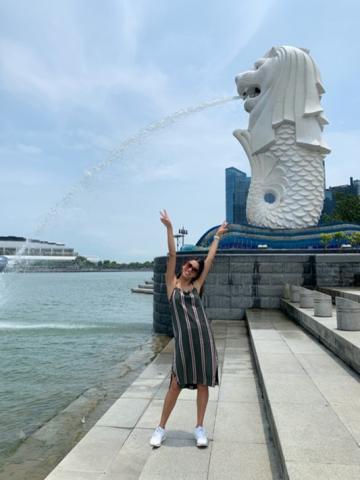 It was Lunar New Year weekend and news was spreading about this infectious flu that was coming from the Wuhan province in China. Knowing that people were travelling in and out of China and all around Asia meant that if the virus were to spread, this would be the weekend it started. After that weekend, things had really blown up in Asia causing people all over the continent to stir and panic.

My friends and I went through the same frenzy process everyone did in the early stages of COVID, we just did it two months earlier than our friends in the West. Individuals were bulk buying from the grocery stores, hand sanitizer and masks were sold out for weeks in Singapore, but the stark difference between Asia and the West was that Asia was drastically more prepared to handle this virus. Having gone through the SARS epidemic of the early 2000’s, Singapore and many of the East/Southeast Asian countries already had the infrastructure to deal with and monitor this disease. Because of this, I was so grateful to be in Asia during this time. Regulations were put in place right away to check your temperature at every major public destination in the country. My host university (NUS) and the Singaporean government made us all feel very safe and my friends and I were able to go about our daily lives without fear.

What I learned about my experience in Asia during the start of this pandemic was how little Western society pays attention to global news. Not only was the lack of preparedness from Western governments disappointing, but it was also how the media was portraying the virus and how my friends were sharing their concerns for me in Asia. Though I appreciated the concern my peers back home had for me, it truly opened my eyes to see how little they knew about what was going on in Asia (outside of China). Singapore was handling the virus incredibly well at the time and everyone felt safe, as per the regulations. The most common comments I got were, “you must be so scared,” “you shouldn’t be going out, it’s not safe,” and “I can’t believe you’re still there, come home now it’s much safer.” These comments made me frustrated at how little my friends were educating themselves, but it also made me realize that it took me being in another part of the world for me to open up my perspective and expose myself to global news. Because of this, I have made it a goal of mine to keep myself up to date on global news and current events. As other students embark on their exchange, I urge them to keep up with current events from their host country and discover all the stories they’re not exposed to when back home.