Across the Big Blue Pond 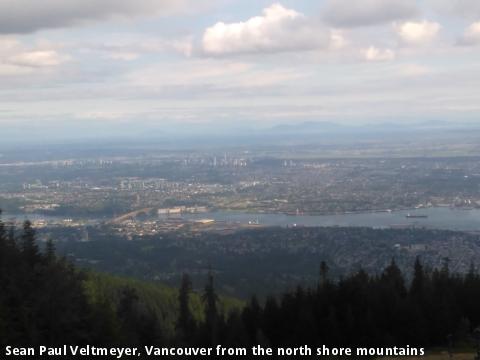 Tomorrow myself, thirteen of my classmates and two instructors depart Vancouver on the Langara China Field Studies program. Fourteen hours in the air will bring us to our first stop: Shanghai. This mega city inhabited by more than twenty four million people will be unlike anything I have seen before in my life. More than two thirds the population of Canada living in one urban center. Having grown up in a northern British Columbian town of eight hundred people, to me Vancouver is a busy place. But what I hear from many of the people I know from Asia is that Vancouver is slow; in the cities of Asia everything moves faster. I think this change of pace, along with the clean air, moderate climate and abundance of nature, is what makes Vancouver such a desirable city to settle in.

We will spend only one night in Shanghai. So, despite the inevitable exhaustion and discomfort caused by fourteen hours in a too small chair, I plan to knock back some caffeine and drink in the experience of nightlife in a major city. I expect Shanghai at night will make Vancouver at it’s busiest feel deserted. My objective for the evening will be to sample as much of the local cuisine as possible and perhaps buy new shoes.

After our night in Shanghai we will travel to Wuzhen a historic town, 1300 years old, located on the water near the end of the Yangtze. I expect to be awed by a sense of time in this place. History is one of my loves and I look forward to seeing buildings from a time so long past and imagining how people once would have lived there, and how that way of life would have changed with the years.

Later in the day we will bus to Hangzhou, another mega city (only slightly smaller than Shanghai), and recent host city of the 2016 G-20 summit. Here we will stay two nights, and visit several more historic cultural sites and Zhejiang University, before departing for our final destination: Kunming, The Spring City.