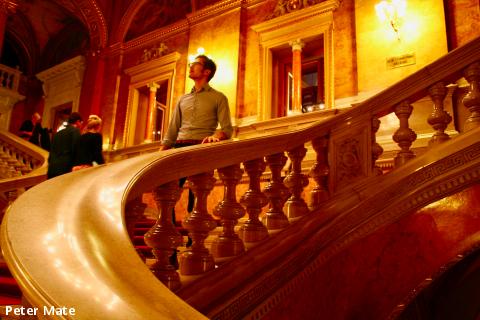 Vancouver is not the same as I remembered. I romanticized the city during the past year; like everything idealized, it won’t meet your personal standard.

This realization came in Paris. The city was beautiful, but crime ridden. In the 18th arrondissement, I was followed by boys trying to steal my wallet – at the Sacre Coeur Basilica two men tried to take what little Euro’s I had left. Despite being initially frustrated, I understood that this is part of exploring. You’re in a city unknown to you and some people wish to capitalise upon your confusion.

In this sense, you – the explorer must expect your ideal image of a place to deviate from reality. There needs to be a balance between what you idealize and what you will find. In most things, it will never be as good as you wished for, or as terrible as your worst fears. Instead, it will always be in the middle. This middling evidences itself at home; it’s been a month since I’ve returned. During this month, I’ve reunited with friends and family – They’ve all changed, and so have I. Conversations once important become trivial, and there is little that can be done about it. I do not despair at this realization; change is natural. It does not mean I’m better, or they worse. I’ve simply changed.

This change will, undoubtedly, be awkward. You’ll be like a child learning to walk. There will be times where you commit a social faux pas. Since returning, I’ve unwittingly endured embarrassing situations caused by my aloofness from being removed from Canadian customs. Despite these situations, learning to live at home again is liberating. Mundane tasks become exciting as you view them differently. When I go shopping, I become reminded of my time in the grand market halls of Budapest. While working, I’m reminded of all the struggles I had speaking Magyar to a Hungarian cashier. Even socializing has a renewed excitement as I view people differently. These experiences leave a sweet taste in my mouth that lingers.

I’m thankful for the chance to have lived in Hungary. I’m empowered with a new worldly perspective and a strengthened desire to help the world. This is the importance of studying abroad: exploring, and reflecting upon your observations. I’ve met so many people with their own unique stories to tell, witnessed social change, and explored a continent. I’m humbled and honoured to have had this opportunity.

Till next time, my fellow explorers.