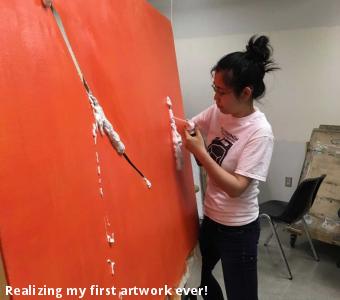 As I get ready to leave for my study-abroad program, I find myself overcome with an intense pre-departure jitter. There seems to be an endless string of loose-ends: getting foreign currency (Did I get enough? How devastated would I be if I got robbed? If not too devastated, maybe I should get more?); booking hostels (Is this good/safe/clean/reliable? Is there a breakfast buffet? Can I smuggle food from the buffet to eat later?); trying to forecast the weather (Does 19 ̊C in Paris feels like 19 ̊C here?). The constant plague of uncertainties is exasperating the already difficult task of planning a realistic sojourn.

I have other worries too. I am vigilant ab... 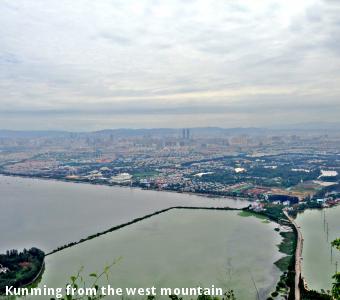 Tonight will be the last night of my study abroad program. After spending one night in Shanghai then two in Hangzhou, two of China's colossal coastal cities, my classmates and I have spent the last two weeks housed on the campus of scenic Kunming's Yunnan Agriculture University. Home to six million people this capital of the southern Yunnan province is hardly a small city itself, but feels entirely different than the mega cities. The entire trip has been unforgettable and I have learned so much from the experience.

The first three days we spent on a guided tour seeing various tourist sites around the cities during the day then enjoying our evenings free to explore the citie... 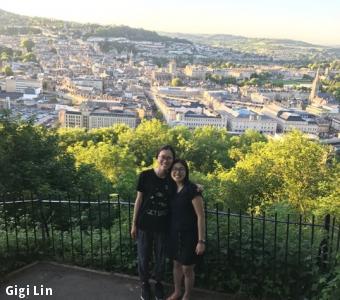 When the Books Start Tumbling In…

By Gigi Lin, Simon Fraser University, winner of the 2017 Stories from Abroad Scholarship. I have finished the majority of my exams now. I have about two weeks left until I return to Canada to start my co-op term. Reflecting back on the past month and a half, I’ve realized how time really flies on exchange.

The mid-semester break in April was pretty sweet. I was able to travel with friends for the first half, exploring the cities of Warsaw, Krakow, and Prague. We chose Krakow because it is the base of the Aushwitz-Birkeneau Concentration Camp. On our day tour at the camp, we were shown how history unr... 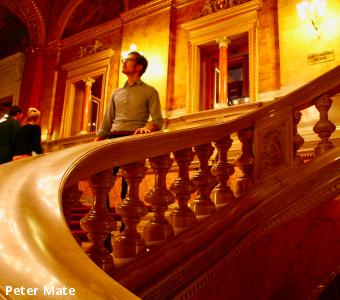 Vancouver is not the same as I remembered. I romanticized the city during the past year; like everything idealized, it won’t meet your personal standard.

This realization came in Paris. The city was beautiful, but crime ridden. In the 18th arrondissement, I was followed by boys trying to steal my wallet – at the Sacre Coeur Basilica two men tried to take what little Euro’s I had left. Despite being initially frustrated, I understood that this is part of exploring. You’re in a city unknown to you and some people wish to capitalise upon your confusion.

In this sense, you – the explorer must expect your ideal image of... 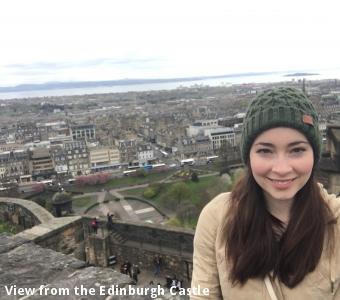 There and back again

By Janna Wale, Thompson Rivers University, winner of the 2017 Stories from Abroad Scholarship.

It’s been three days since I packed up my Scottish life and left for Canada. Being home feels normal and abnormal all at once. It feels strange (yet familiar) to be watching hockey on television again instead of rugby or football, and to hear words like ‘French fries’ and ‘sweater’ instead of ‘chips’ and ‘jumper’.  While returning to my life at home has been an easy transition from what I left behind, retelling my adventures to my Canadian friends and family brings fond memories of my home stay hosts and the friends I left behind.

Although my study abroad was a huge learning curve that challenged me in ways I could never have dreamed, the experience was invaluable. What I... 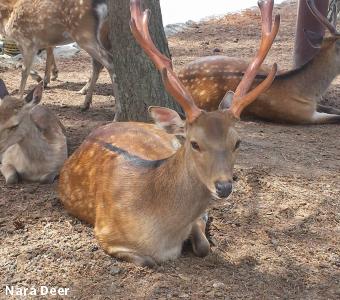 By: Matthew Hoogwoud, Kwantlen Polytechnic University, winner of the 2017 Stories from Abroad Scholarship.

Summer in Japan is extremely hot. Normally I’m not a huge fan of the heat, but the last few weeks the temperature has grown on me. When I step out of the dormitory, I feel the blanket of humidity surround me. And at night, the warm air still permeates through the area. I love it. Night time walks are beautiful, and the warm air makes it very comfortable to walk around. In the Sanjo area of Kyoto, there is a long river called Kamo River, and in the day time is always crowded. I walk along the riverbank late at night, simply embracing the sounds of water rushing.

Recently, I went to Nara with a couple of friends. Nara is well known for it’s deer. When I was told... 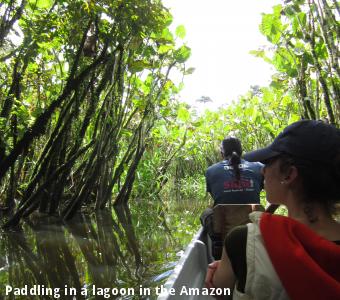 By Kathleen Megan Harfman, College of New Caledonia, winner of the 2017 Stories from Abroad Scholarship.

I have officially returned from Ecuador. Wow, what an experience! I learned a lot and saw so much. My favorite part of the entire Study Abroad adventure was staying at Sani Lodge in the Amazonian jungle. This place is a community run ecotourism lodge. To get there we flew into a city called Coca, then travelled by boat for almost three hours down the Napo River. After docking, we hiked a short trail to a canoe, where we paddled across a lagoon to the lodge. Every day we went hiking and paddling with a local guide to observe and learn about native flora and fauna, their interaction with one another, native uses, and importance. We saw various species of monkeys, as well... 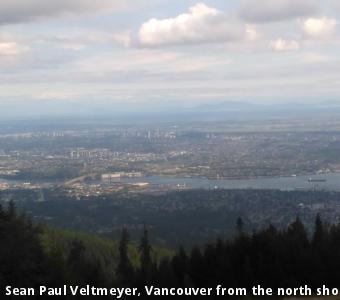 Across the Big Blue Pond

Tomorrow myself, thirteen of my classmates and two instructors depart Vancouver on the Langara China Field Studies program. Fourteen hours in the air will bring us to our first stop: Shanghai. This mega city inhabited by more than twenty four million people will be unlike anything I have seen before in my life. More than two thirds the population of Canada living in one urban center. Having grown up in a northern British Columbian town of eight hundred people, to me Vancouver is a busy place. But what I hear from many of the people I know from Asia is that Vancouver is slow; in the cities of Asia everything moves faster. I think this change of pace, along with the clean air, moder... By Kathleen Megan Harfman, College of New Caledonia, winner of the 2017 Stories from Abroad Scholarship.

I have arrived in Ecuador despite a bit of a marathon getting here! We got delayed on one of the flights and missed a connector as a result, so we were stranded in the New York airport for 24hrs. That was a bit of an adventure, but we eventually made it! Our first big excursion in Ecuador was to visit an organic shrimp farm. The CEO of the company toured us around and showed us how shrimp are raised, harvested, and how the farm is operated. It was an excellent learning experience and afterward they fed us a 4-course feast of fresh shrimp! It was delicious!

Later on, we visited a mangrove ecosystem. Mangrove trees grow along riversides in the brackish waters of ri... 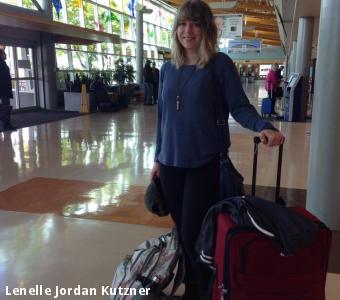 A Canadian in a German World

By: Lenelle Jordan Kutzner, University of Victoria, winner of the 2017 Stories from Abroad Scholarship.

Well, here I am; two more sleeps and I’m off to Europe for the first time! At this point, my suitcase has hardly been touched, I have no shampoo or conditioner, and have a mountain of neglected dirty laundry waiting for me. The program I will be doing in Germany is a six-and-a-half-week intensive language immersion program. I will be living with a host family for the duration of my stay, and as far as I know, they speak little to no English (which is both nerve-wracking and wonderful!). I’m certain that living in a German household will provide even more opportunity for me to learn and understand the language. However, it will also certainly challenge me by forcing me to...